A number of Norwegian municipalities and counties have in recent years adopted a boycott of goods and services from Israeli settlements. MIFF has explained – for example in letters to Oslo and Viken, that such a boycott would be a violation of both Norwegian and EU law on public procurement. After the Norwegian town of Trondheim made the decision in November 2016, MIFF stated this was illegal and discriminatory.

In a recent statement, lawyers at the municipal administration of Denmarks capital city, Copenhagen reached the same conclusion.

Here are their main conclusions:

Foreign policy is a state task. A municipality can therefore in principle not deal with and/or use its financial resources for purposes of foreign policy nature, according to lawyers at the municipal administration of Copenhagen.

In addition, a municipality cannot without special authority boycott goods, products and companies from another country for foreign policy reasons. This is the cas even though the government is generally critical of the government in question.

In the opinion of the Finance Administration (FA), the then Minister of Economic Affairs and the Interior’s answer to question 16, November 26, 2014 to Danish Parlament (Folketinget) Local Government Committee, which is mentioned in the member proposal, is not unequivocal. However, FA is of the opinion that the most obvious answer is that the municipalities in this area, if they boycott goods from illegal Israeli settlements, act in accordance with the foreign policy statement, adopted by Danish Parlament January 21, 2014 (V 13 on EU, Israel and the West Bank). Thus, the municipality is not in violation of the municipal power of attorney rules, independently taking up a foreign policy position.

Furthermore, it is the opinion of FA that the municipal power of attorney rules do not for that reason in itself give authority for a municipality to boycott goods from another country.

FA has therefore assessed whether this legal basis is found in the procurement law rules. The response of the then Minister of Economic Affairs and the Interior does not take a position on whether a boycott of goods from illegal Israeli settlements will be in accordance with the rules of procurement law.

During the Citizens’ Representation’s consideration of the proposal in 2012, FA found that the proposal was in conflict with basic procurement law principles, and that a municipality cannot boycott goods, products and companies from another country or area without special legal authority.

The Public Procurement Act regulates exhaustively the requirements that the City of Copenhagen can set for a supplier’s general suitability. According to the law, the requirements must relate to the company’s pursuit of the profession in question, the company’s economic and financial capacity or the company’s technical and professional capacity. It is therefore not possible under the Public Procurement Act to establish a general condition of suitability that the company does not have production in the illegal Israeli settlements.

In addition, such a general boycott must also be presumed to be contrary to general principles of EU law. See thus the Foreign Minister’s answer, June 28, 2018 to EUU alm. part question 268 from Søren Søndergaard (Enhedslisten), whether Denmark can in accordance with EU law, ban the import of goods from Israeli settlements that are illegal under International Law. The Minister of Foreign Affairs replies here that “Trade policy is an exclusive competence of the EU. A ban on the import of settlement goods can therefore only be be implemented – in a legal and practical sense – jointly under the auspices of the EU.”

FA has investigated whether Danish Parlament should have adopted similar parliamentary resolutions in relation to Iran, Syria, Saudi Arabia, Russia, Qatar and China. This is not seen to be the case. However, according to the Foreign Ministry’s website, there are a number of sanctions, including trade sanctions, in relation to Iran, Syria, Russia and China.

Agenda item 11: Follow-up on member proposals to stop the purchase of goods from illegal Israeli settlements (2021-0041391)

The Finance Administration (FA) Chief Legal Officer, Christina Ekmann, was present during the proceedings for the sake of information.

Socialistisk Folkeparti had the following amendments: “The Finance Committee should instruct FA prepare a recommendation with options on how International Law can be incorporated into our CSR policy.”

The amendment proposed by Socialistisk Folkeparti was rejected by 7 to 5 votes.

The option’s 1st item was noted without a vote.

The option’s 2nd item was approved without a vote.

Socialdemokratiet, Venstre, Danmarks Liberale Parti & Dansk Folkeparti issued the following remark: “We vote against Socialistisk Folkeparti’s amendments – not because we have anything against International Law – but because we regard the proposal as an attempt to circumvent the fact that the municipality must not in its procurement policy adopt a ban on the purchase of goods from illegal Israeli settlements.”

Enhedslisten, Alternativet & Socialistisk Folkeparti issued the following remark: “The parties intend to submit a membership proposal, that FA is required to prepare a proposal for political consideration on how it is incorporated into procurement policy and CSR policy, that no part of the City of Copenhagen may purchase goods from companies that do not live up to International Law.”

Radikale Venstre & Socialdemokratiet issued the following remark: “On the basis of the debate on the matter, we cannot see through the legality of the amendment – but intend to submit a member proposal, that FA is required to prepare a proposal for political consideration on how it is incorporated into procurement policy and CSR policy, that no members of the City of Copenhagen may purchase goods from companies that do not live up to International Law.” 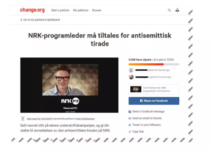 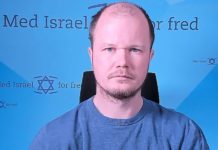 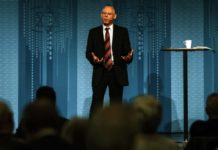 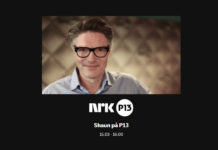